This was a very special multi-step project headed by Toronto Pearson International Airport. To create a mural for Terminal 3 at the Airport, students at a local (to the Airport) school designed a mural to welcome travellers to the GTA (Greater Toronto Area). These designs were painted at the school and brought to a local youth shelter to be ‘mosaiced.’ Airport employees were also involved by providing ideas for the mural and contributing to the mosaic process when some mural pieces were brought to the airport!

Artists: Christian Carrizo and I co-assisted Rob Metejka on this project.

Organized by: Arts for Children and Youth and GTAA (Greater Toronto Airports Authority) 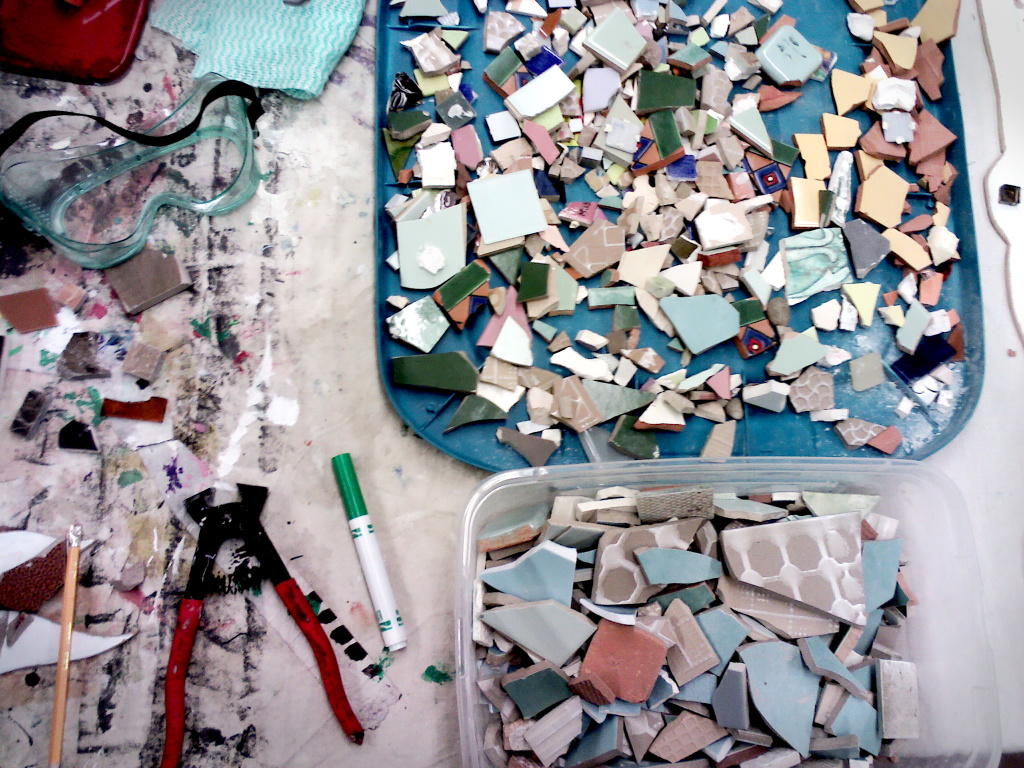 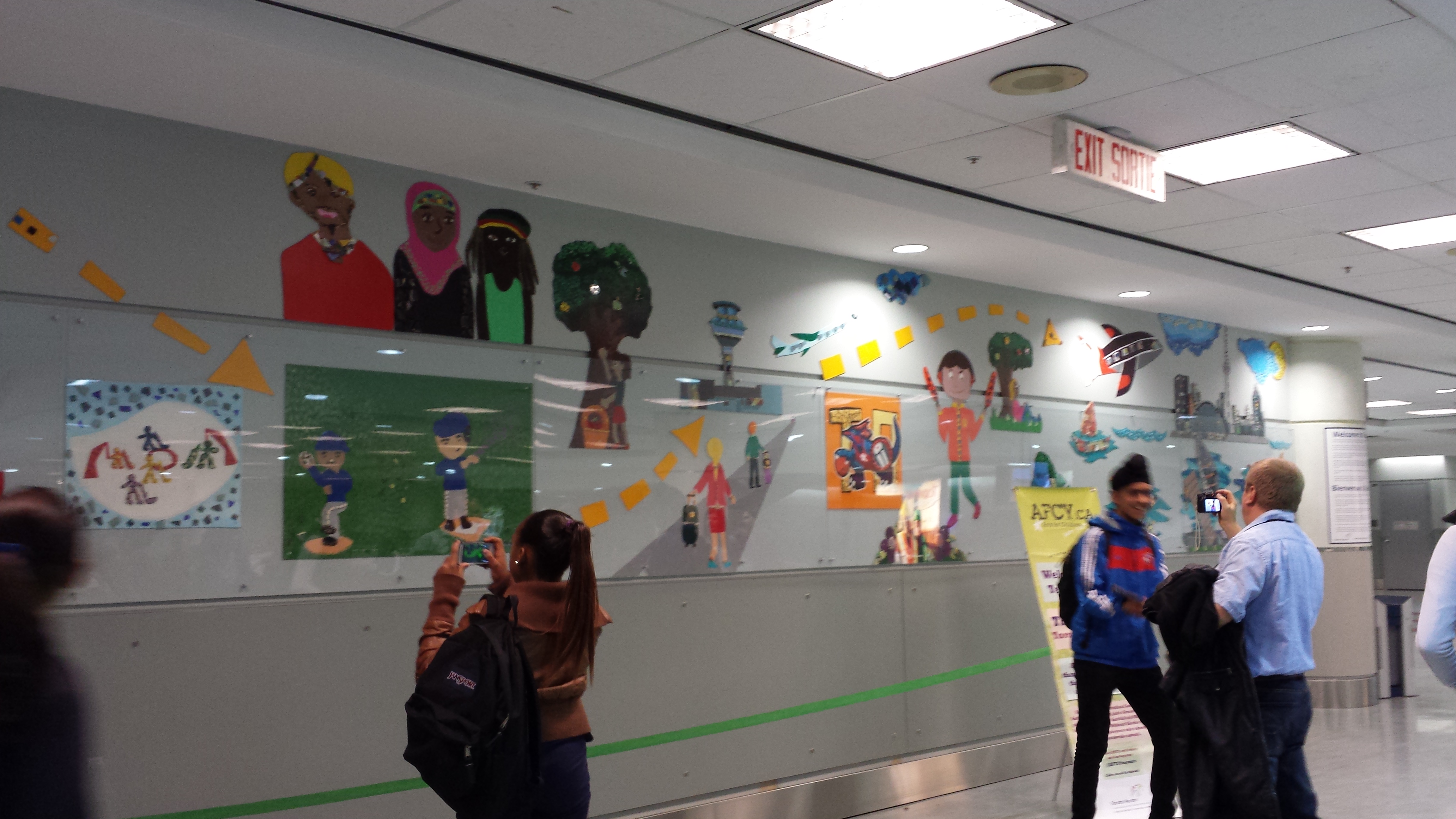