I was thrilled to be back at Toronto Pearson to work on a series of community murals to welcome Syrian newcomers to Canada. At this time, in response to terrorist attacks in Syria, the Canadian Government set a goal to expedite the processing of 25 000 Syrian refugees to Canada. The Greater Toronto Airports Authority (GTAA) teamed up with VIBE Arts to create Canadiana themed murals that encouraged participation from the public. Guests, travellers and Airport employees were all welcomed to write messages and paint images to welcome the Syrian newcomers.

I worked with arts educators and friends, Rob Metejka, Asmaa Er-Rouhi and Andreene Finnikin on this project.

Organized by: VIBE Arts and the GTAA 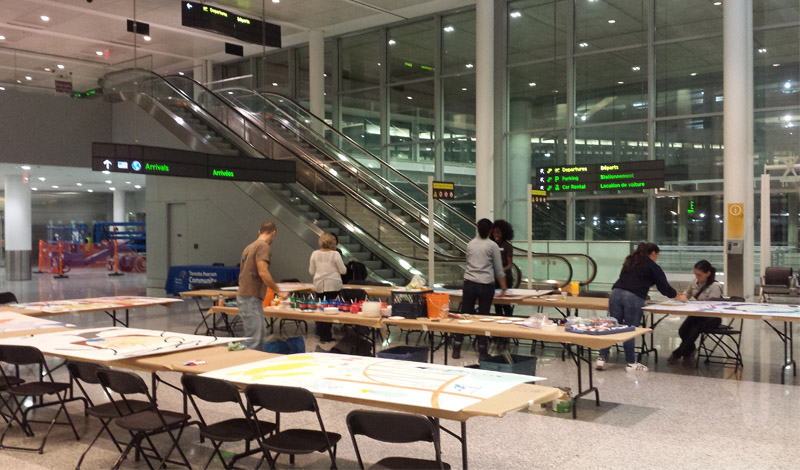 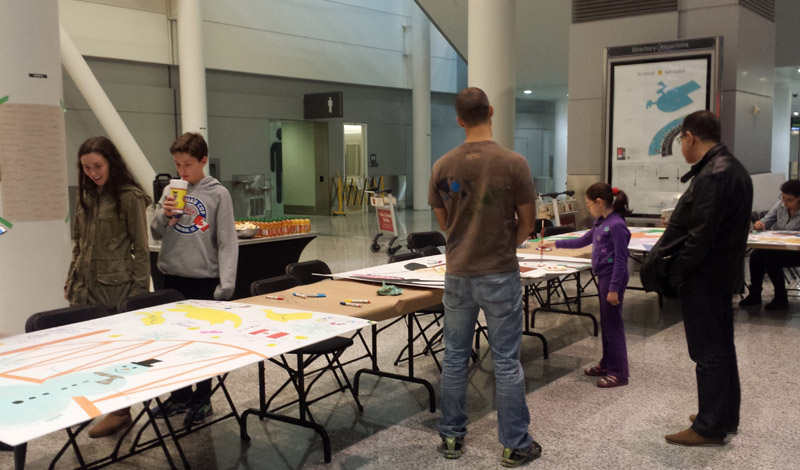 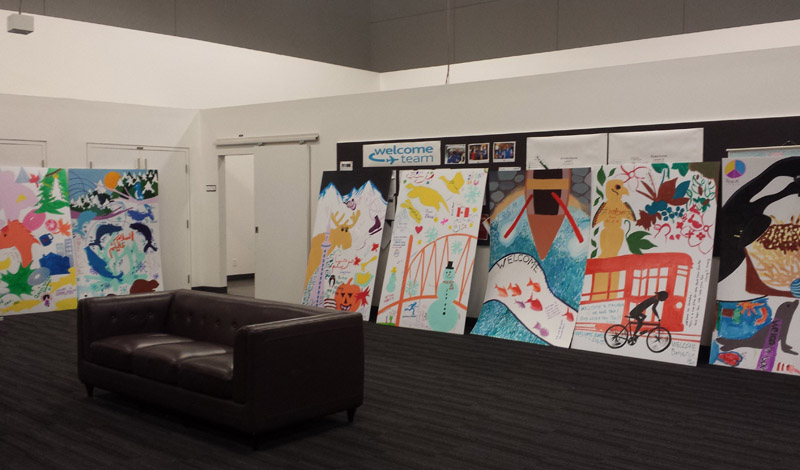 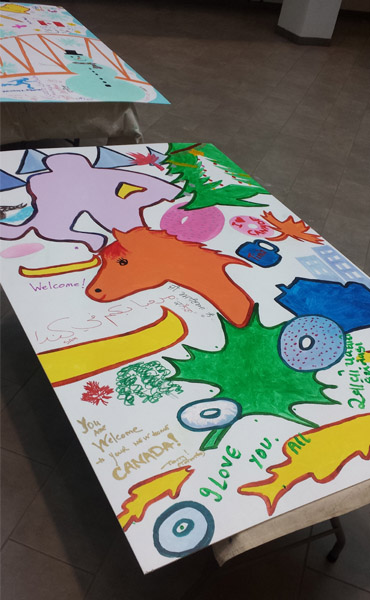 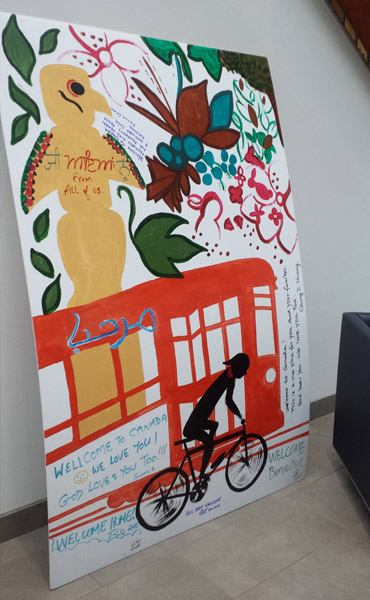 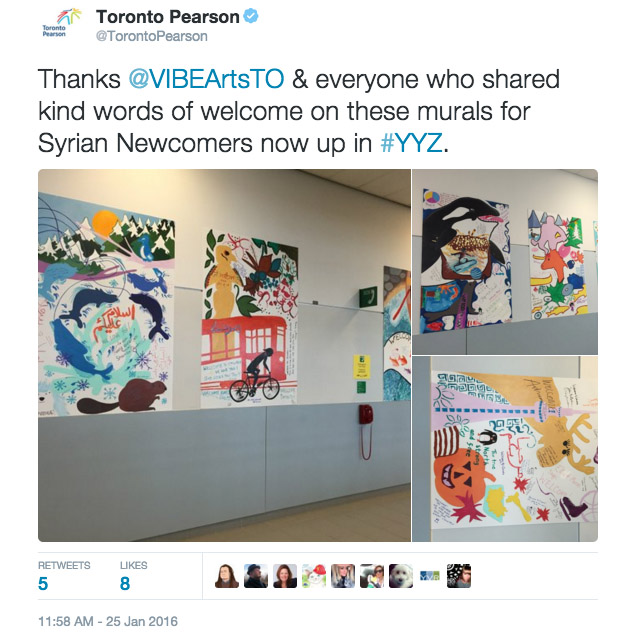 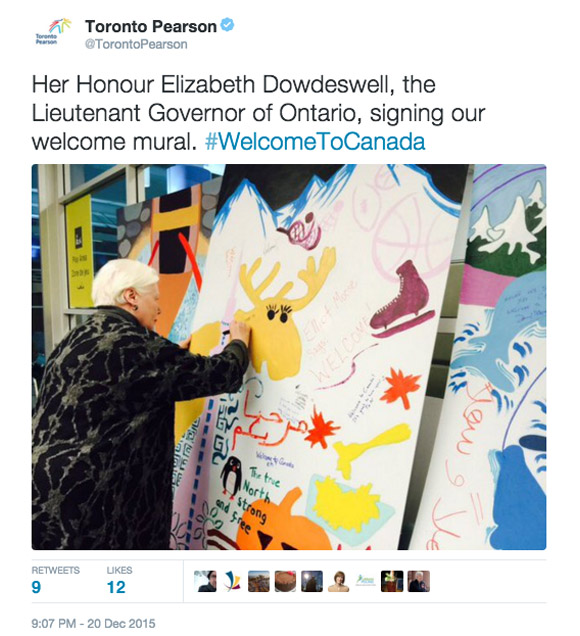 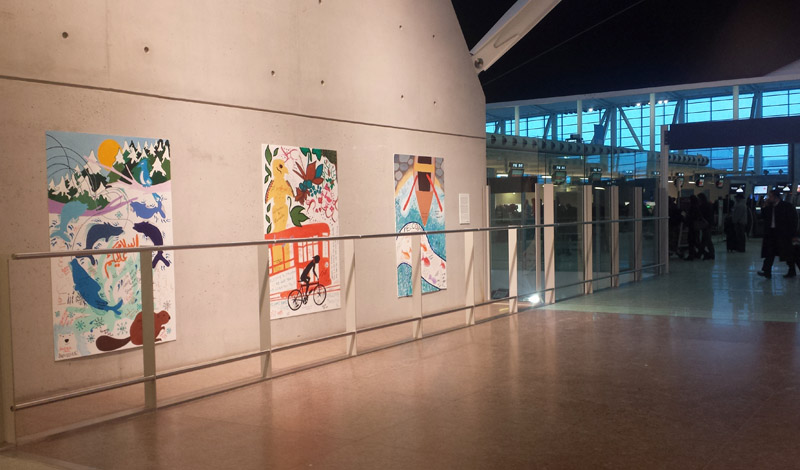 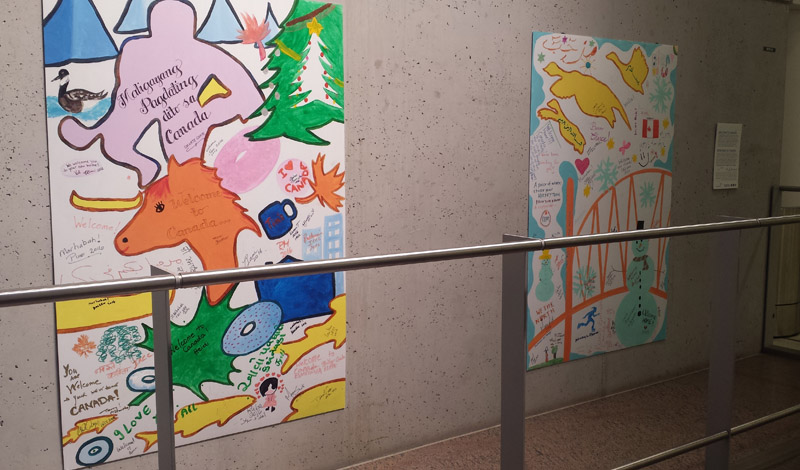 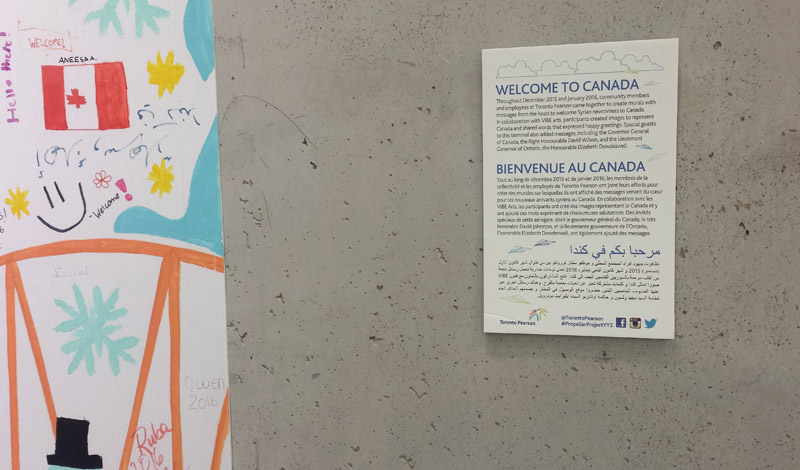